​On June 14th, 1940, seven ladies with "a vision toward the future" met to organize a new Federated Club which was named the Outlook Study Club.  The aim of the club was to facilitate literary and recreational advantages for the members of the club and community.  The charter members, as well as those who joined during the first year, can be credited with the founding of the Elk Horn Public Library, which began in the back of the old Shelby County State Bank at 4200 Main Street. This area soon became too small and two years later it was moved to the upstairs room of Henry Aagaard's store, The Mercantile, located at the corner of Washington and Main.

In 1949 the club launched a new project called “Build a Library”.  A lot was purchased on Main Street for $100.00 and with many donations and a lot of volunteer man hours a building was erected. The new library was ready for an open house in February 1951.  For twenty years the Outlook Study Club financed and supported the library.  Finally the club was no longer able to meet the costs of maintaining the library and turned it over to the City.

In 1995, the library board embarked on a project to expand and improve the library with a fund raising campaign.  The entire maintenance building was remodeled to house a modern library opening in the fall of 1998.  By 2002, the library was again needing additional space and a 28' x 32' addition was built. That new area houses the children's area.  And, in 2019, a 900 square foot programming room was built off the southwest side, complete with a kitchen, an additional bathroom and a basement for storage.

The Outlook Study Club still remains active and responsive to the community after 80+ years.  Sponsorship of the library, the birthday calendar, and other community projects are the major contributions of this organization.  The Outlook Study Club continues to meet the third Monday of each month from September thru May featuring different topics and programs.  If interested in joining, the dues are only $20/year, and anyone is welcome to visit any of the scheduled meetings. 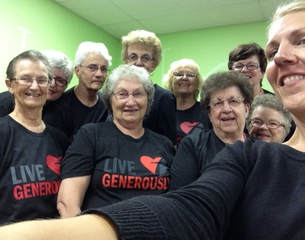 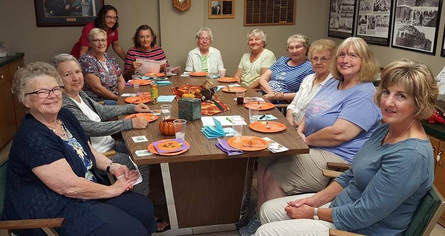